Eric Clapton has been a major international star since the mid 1960's, when he revolutionised electric guitar playing, with his virtuoso performances in John Mayall's Bluesbreakers.

He has won an incredible 19 Grammies and is the only triple inductee into The Rock & Roll Hall of Fame (as a member of both The Yardbirds and Cream and also as a solo artist).

''After Midnight''  was formed in 1985 in Newcastle upon Tyne long before the term "tribute band" was invented, and originally named themselves ''After Midnight'' after Eric Clapton's first solo hit. Their ability to re-create Clapton's electrifying stage performances, really caught the audience's imagination. In guitar/vocalist Mike Hall, the band possesses a front man who not only looks like Eric, he sings and plays guitar like him too!

Mike has met Slowhand twice, and even received a message of encouragement from the guitar maestro (written on a Concorde menu).

TYNE TEES TELEVISION were so impressed by After Midnight that they made a programme about them, called 'COVER THEIR TRACKS'. They filmed the band's concert at Newcastle Opera House, in front of nearly 600 ecstatic fans. It was shown in August 2000 and received rave reviews, leading to national recognition for the band.

In 2001 they embarked on an extensive tour of UK Theatres. When the band started playing outside Newcastle, they had to think of a name for the show which was easily recognisable by people in other regions, who perhaps had not heard EC's hit record "After Midnight". They called the tribute show "CLASSIC CLAPTON". The band have toured regularly ever since. 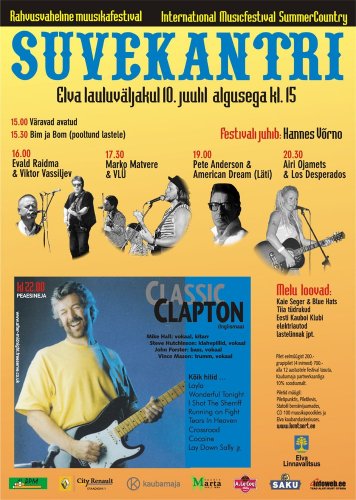 These tours have included many excellent concerts in England, Scotland & Ireland, including 4 superb shows at Belfast's prestigious Waterfront Hall. Other venues to be sold out (some for the third time) include Durham Gala Theatre, St Andrews Byre Theatre, Cumbernauld Theatre, Crawley Hawth Theatre, Cheltenham Town Hall & Derby Assembly Rooms. The band were honoured to appear at The Royal Festival Hall, London on 23 March 2002. Another great highlight for Classic Clapton was an amazing gig at Glastonbury Festival on 29 June 2002.

In February 2001, the band was asked to perform at Clapton's Fan Club Convention in London. In July 2001 Guitarist Magazine featured an article about the band.

In July 2004 the band headlined an international music festival in Estonia. This was their first performance in Eastern Europe. The band received a tremendous reception from the Estonian fans and were invited back for another successful concert in April 2007.

They also appeared at the prestigious Sotogrande Blues Festival in Spain in August 2007. This concert such a success that they were invited back to perform in Madrid in January 2008.

The band appeared at The Acoustic Festival of Britain in May 2008. It was a privilege to play on the same stage as Fairport Convention and just before our heroes Jethro Tull.

In July 2009 After Midnight travelled 5,000 miles to perform at St Andrews Auditorium in Mumbai.. This trip was the experience of a lifetime and was made even more special by the hospitality shown to us by the Indian people. They were invited back for 3 more shows in January 2016. This included performing to 3,500 people in an open air sports arena in Mumbai. On 18 March 2017 After Midnight performed for the first time in Colombo, Sri Lanka.

On 23 August 2009, they performed at Groesbeek Tribute Party, near Nijmegen, Holland. They also toured Ireland twice in 2009.

After Midnight have performed three times at the world famous Cavern Club the birth-place of The Beatles. 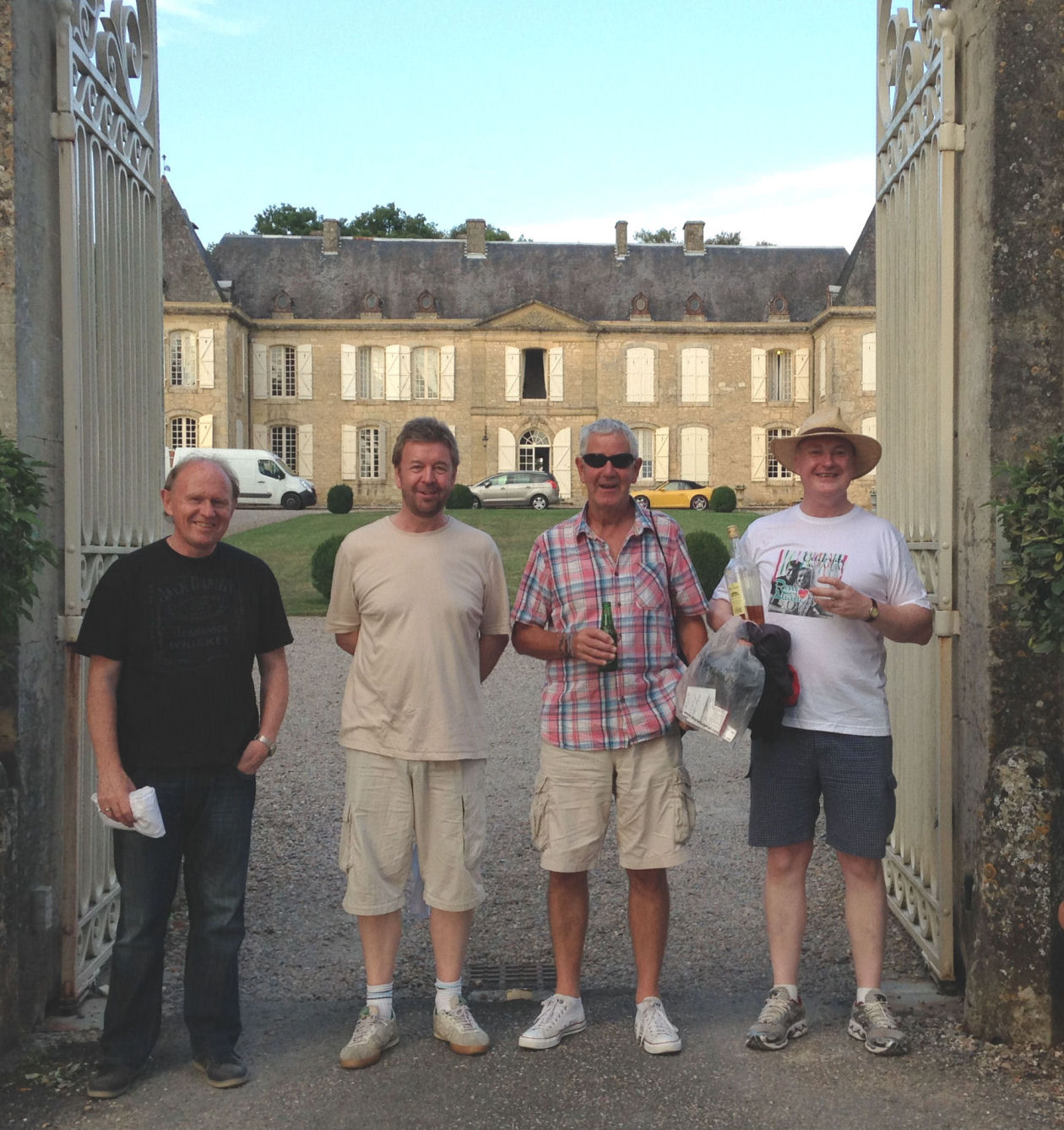 After Midnight are now acknowledged as The World's Number 1 Eric Clapton Tribute Band.

The band comprises 4 excellent musicians:- Mike Hall (lead vocals/guitar), Danny Davison (drums) and Dave Robson (bass guitar/backing vocals). Dave previously played in After Midnight between 1995 - 2002. He is also a former member of chart band Geordie. In fact he was with them at the time Brian Johnson left to join AC/DC. Mike, Dave & Danny are all original members of After Midnight. In March 2019 they were re-joined by keyboards player Steve Hutchinson from South Shields. He was a member of The Animals in the 1990's alongside original members Hilton Valentine & John Steel. He previously played with Classic Clapton in 2005.

In the past 34 years After Midnight have become something of a rock institution. 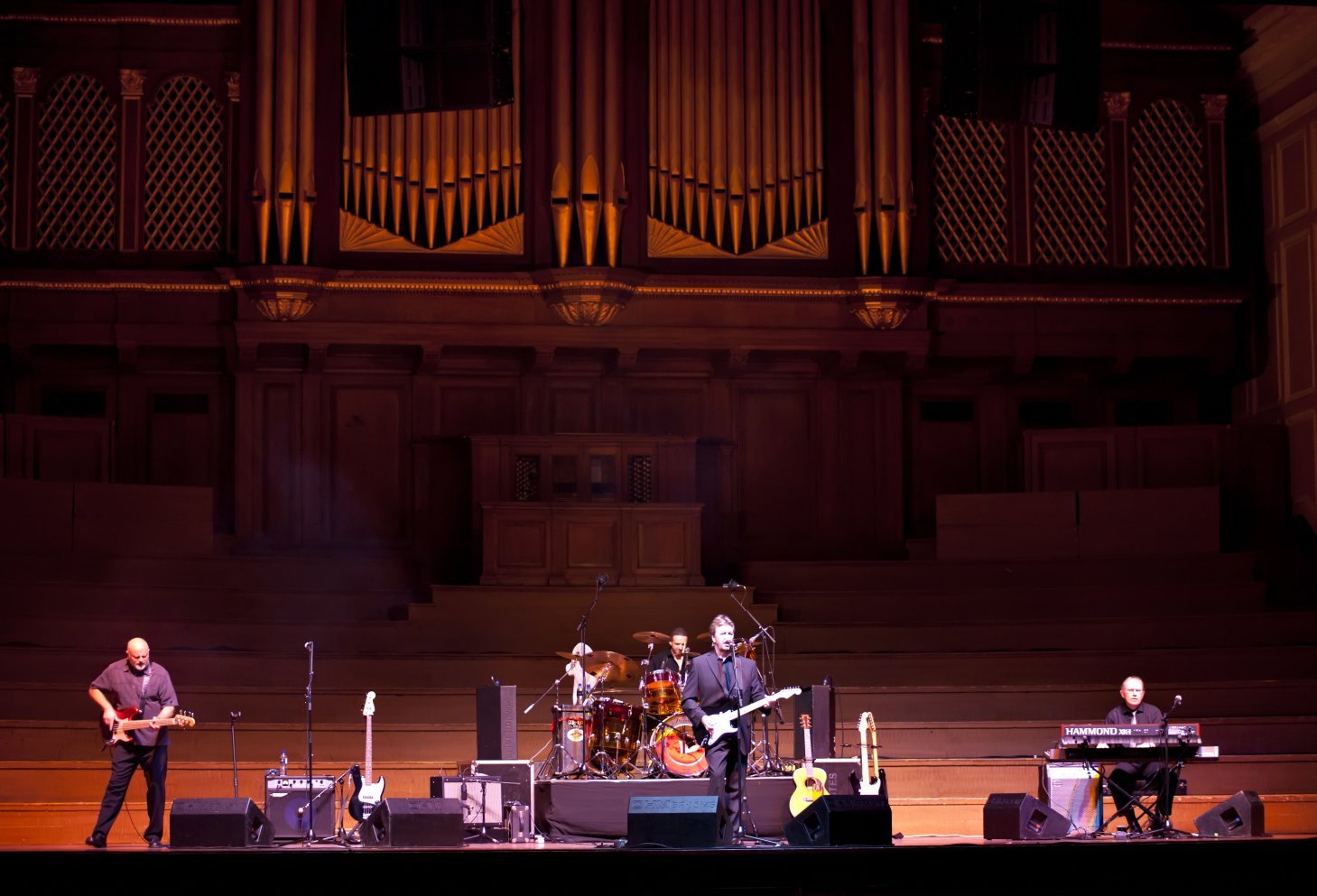 If fans want to hear all of Eric Clapton's hits played live, they should attend a CLASSIC CLAPTON concert. After Midnight will be performing authentic versions of all the popular Clapton Classics including Wonderful Tonight, Tears in Heaven, Crossroads, I Shot The Sheriff, Lay Down Sally, Sunshine of Your Love, Cocaine and of course Layla! There will even be an "UNPLUGGED" segment.